I will be making a second solidarity concert in Ramallah soon, and I’ve been asked a number of times why I do this. It is my personal conviction that the Palestinian people need much more international support. The situation has been bad for many people in Palestine for too long, and it is not getting any better, to the contrary, it keeps getting worse. My wife and I have been working alongside a very dedicated Arts-Based Community Development NGO in Ramallah known as Al Mada. There is a simple reason for our desire to support our friends in Al Mada, it is because they are helping to cure traumatized children and adults through the use of music and music therapy. We feel that in a world full, of conflict, this is the right cause. Al Mada’s work is non-political and so is our support for them. They work with  justice, equality and dignity in mind, and so do we. It is our personal responsibility to show support and encouragement to the people who every day are helping children and adults to conquer their trauma, and give them another opportunity to live more free and creative lives. 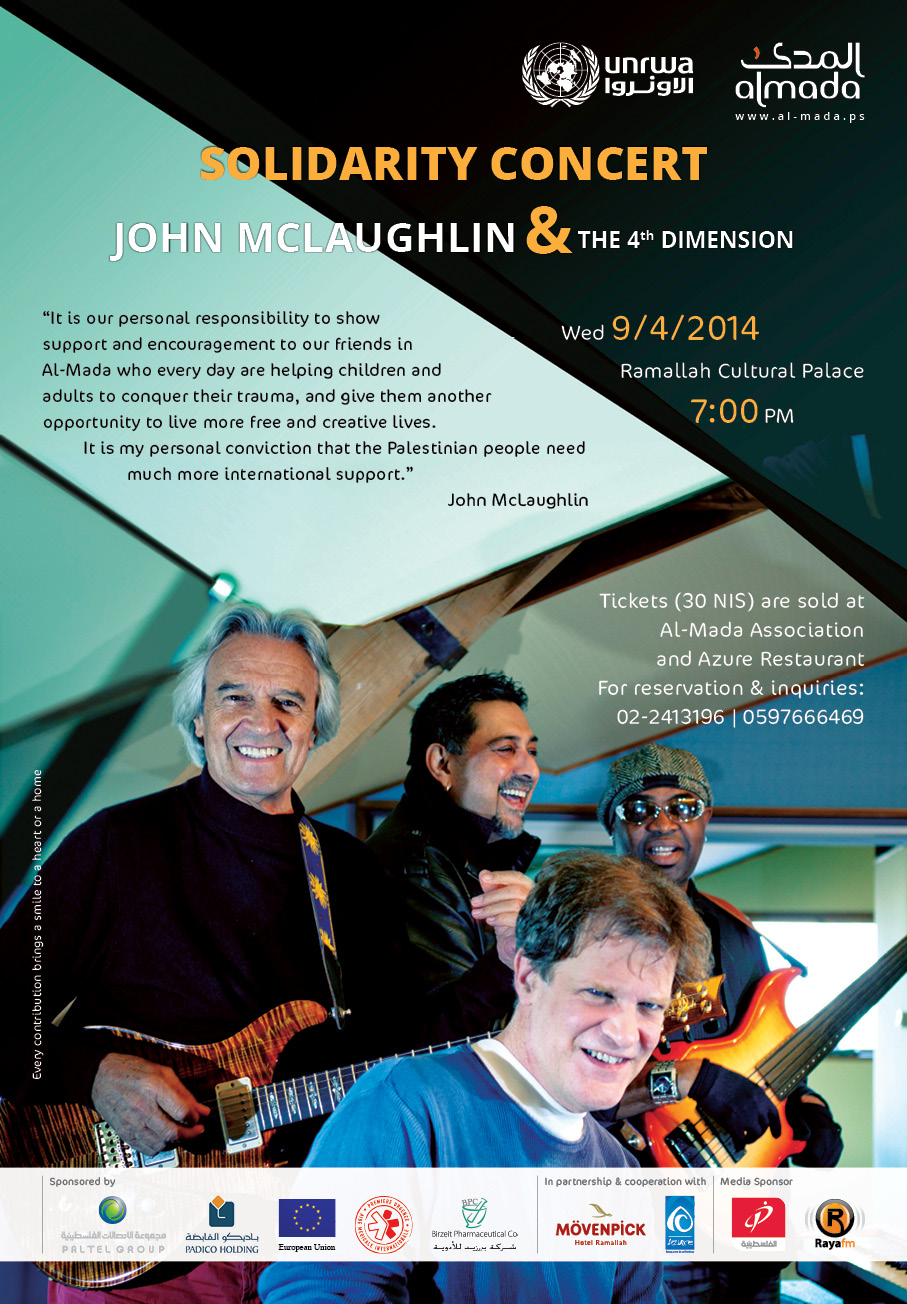